Olympic glory is often seen as the ultimate prize for athletes. But how much of this defines an athlete's worth? We speak to an Olympian about her quest for Olympic Gold and how she's found a prize even greater than an Olympic medal.

Our guest: Nicola McDermott. Nicola is an Australian high jumper who holds the Australian and Oceanian records with a personal best 2.00 m jump on 18 April 2021. She is the only Australian woman to have ever jumped 2 meters.

Check out Nicola breaking the Australian record and then her her first interview after jumping 2m.

Nicola - congratulations, you hold the Australian record and are the only Australian woman to have ever jumped 2m - what was it like soaring over the bar when you broke that record?

So you’re a high jumper, do you often get jokes about walking into a bar? Or always raising the bar?

The importance of the Olympics

So just how important are the Olympics to elite athletes?

Are they different to other sporting titles? Australian boxer Jeff Fenech once claimed that "An Olympic medal is the greatest achievement and honor that can be received by an athlete” and he said he would swap “any world title to have won gold at the Olympics."

You have to train so hard to even get to the Olympics. Can you tell us a bit about what your training looks like? I take it you don’t just jump fences and run around the block?

So how are you feeling about the Olympic Games?

So what got you into high jump in the first place?

When you broke the Australian high jump record, you thanked all those who helped you: your family, your sponsors, your coaches and everyone who helped you. But you said they were all like beads in a necklace, but it was your faith in God which was like the string which holds it all together. So can you explain what you mean by that, how does your faith in God hold it all together?

So Nicola, you are a believer, but what convinced you this was true and worth following in the first place?

It appears a big challenge for athletes is that they often find their identity, their worth in their performance - hence the Olympics are seen as the ultimate test of an athlete's worth, so how big a challenge is this for elite athletes?

Now Nicola, today’s big question is about the ultimate prize, and the Bible speaks about an ultimate prize. In the book of 1 Corinthians, written by the Apostle Paul to a church in the Ancient city of Corinth, he comments on the sacrifices of athletes where he says in 9:24-25

You have this passage on your personal website - why is this important to you?

You've described having peace and freedom when you jump, what does that mean?

So Nicola, what is the ultimate prize? 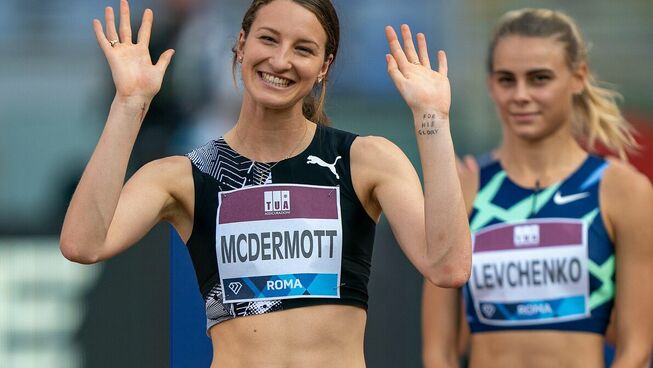 Hi Rob,
That was a great story and Nicola has a very sincere and authentic faith.

Thanks and I agree

Yes, I think it was a great story and an inspiring person. Glad you enjoyed the show

Bigger Questions
Peter Adam
How can you be joyful and happy at Christmas when you're depressed?
END_OF_DOCUMENT_TOKEN_TO_BE_REPLACED