How historically accurate are the Gospels? - Part 2

Did the stories written about Jesus really happen or are they just made up? We confront this big question with one of the world's leading experts in the field. A riveting conversation even for those who find history boring.

Our guest: Professor Craig Evans. Craig is the John Bisagno Distinguished Professor of Christian Origins at Houston Theological Seminary in the United States. He is a New Testament scholar, a prolific author, and popular speaker. He is well-known for his contribution to work on the Gospels, the Historical Jesus, the Dead Sea Scrolls, and archaeology of the New Testament.

This is part 2 of a two part conversation.

The message of the historical Jesus is summarised in the book of Acts. Where in a speech, the Apostle Peter says in Acts 2:22-24:

“Fellow Israelites, listen to this: Jesus of Nazareth was a man accredited by God to you by miracles, wonders and signs, which God did among you through him, as you yourselves know. 23 This man was handed over to you by God’s deliberate plan and foreknowledge; and you, with the help of wicked men, put him to death by nailing him to the cross. 24 But God raised him from the dead, freeing him from the agony of death, because it was impossible for death to keep its hold on him.

Why isn’t there more written about Jesus outside of the Bible?

This passage then points to Jesus doing miracles. Peter claims he did ‘miracles, wonders and signs’. Weren’t there other ancient miracle workers - people like Apollonius of Tyana? So how do the miracle accounts of Jesus compare to other miracle workers of the Ancient World?

This passage from Acts speaks of Jesus’ death: ‘by nailing him to the cross’. How does the archaeological evidence for Jesus’ death stack up? Some have claimed that the death, removal from the cross and burial of Jesus as recorded in the Gospels inaccurately portrays what would have likely occurred at crucifixions in Ancient Palestine and under the Jewish law?

The Gospel accounts describing Jesus’ removal from the cross and burial are consistent with archaeological evidence and with Jewish Law.

This passage also mentioned Jesus’ resurrection? This is the most significant historical event in the Christian faith. But is this just a faith statement or are there reasons to believe that this is an historically accurate claim?

More you’ve read and learned, has that made you more or less confident in the historical accuracy of the Gospels and the historical basis for the Christian faith?

The final verse there says,

But God raised him from the dead, freeing him from the agony of death, because it was impossible for death to keep its hold on him

What is the significance of this?

What difference has that made to your life?

So Dr. Evans, How historically accurate are the Gospels? 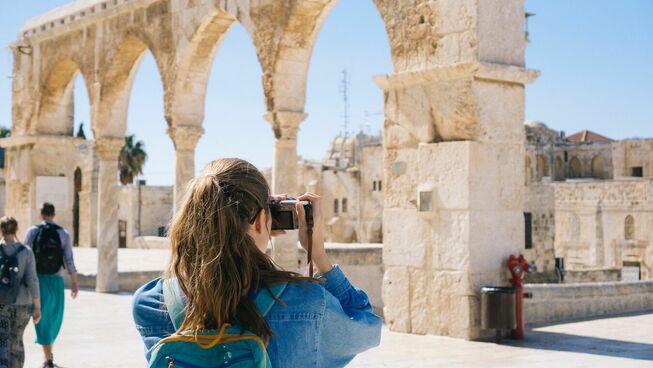 Ep 208a: How historically accurate are the Gospels? - Part 1

Bigger Questions
Mike Bird
4 Jul 2021
Is the Bible a myth, full of fairy stories? Did the events recorded there really happen? Does it even matter?