How can God be real when the world is so messed up?

At a young age Dan Paterson was faced with the brokenness of this world and it prompted a life journey exploring some of the biggest and most painful questions of life. Hear Dan's story and inspiring reflections on one of the biggest challenges of the human experience.

Our guest: Dan Paterson is an ordained pastor and was a speaker with Ravi Zacharias International Ministries. Dan is based in Brisbane and regularly speaks to audiences across the belief spectrum on how the Christian message connects to life’s biggest questions, which makes him the ideal guest for Bigger Questions.

Now Dan, you enjoy engaging life’s biggest questions? What do you enjoy about that?

There are lots of big questions about life, meaning and God - which do you think is the biggest?

Today we’re exploring a pretty big one - the question of pain and suffering in the world - How can God be real when the world is so messed up?

Now this was a question that you were confronted with at a pretty young age. There was through a specific incident in your life. Can you tell us what happened?

Introduction to problem of evil

So for you questioning the reality of God because of the suffering of the world is a very real question. It wasn’t simply an intellectual game?

So in a very confronting way, you encountered the problem of evil. Atheist philosopher Peter Singer claimed that this was a key reason to accept that God isn’t real. The “problem” is an argument and goes something like:

Now this seems like a pretty strong and logical argument doesn’t it?

Famed naturalist David Attenborough said he couldn’t believe in God because he thinks of a little boy sitting on the banks of a river in west Africa with a worm boring through his eyeball, turning him blind before he's five years old. Attenborough ponders God who presumably made this worm, which can only live by boring in people’s eyes, and concludes, ‘I don’t find that compatible with the Christian idea of a God who cares individually for the welfare of each of us.’

Is atheism the most reasonable response as Peter Singer proposes?

What did you discover when you read the Gospels?

hat did you make of the suffering of Jesus?

At the conclusion of the Gospel of John, after Jesus has died, at John 20 verse 19 we read,

Jesus came and stood among them and said, ‘Peace be with you!’ 20 After he said this, he showed them his hands and side. The disciples were overjoyed when they saw the Lord.

21 Again Jesus said, ‘Peace be with you! As the Father has sent me, I am sending you.’

What struck you by this moment?

How does the idea of the scarred hands of Jesus help you understand suffering?

So what ended up happening with your mum?

How does your Christian faith affect the way you view what happened?

So Dan, how can God be real when the world is so messed up? 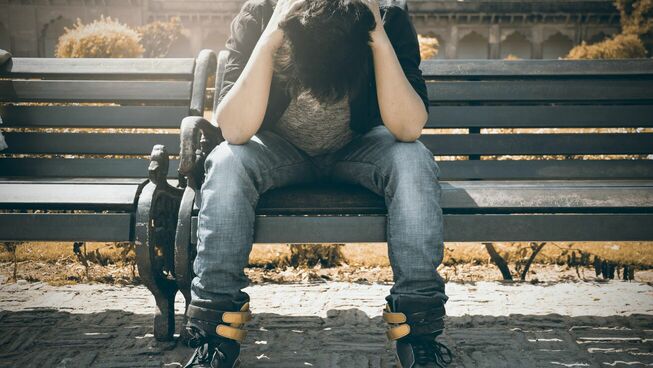