John Lennon once claimed the Beatles were more popular than Jesus because they meant more to kids than Jesus did. So how can a two thousand year old religious figure be relevant in the modern world? We explore the significance and impact of one of history's most influential people.

Dr. Murray Capill. Murray works with the Reformed Theological College in the heart of Melbourne. He has previously worked as a pastor and is an author and a popular speaker.

Mike Raiter. Mike is Director of the Centre for Biblical Preaching based in Melbourne. He is also an in-demand speaker across Australia and around the world.

This show was recorded at Belgrave Heights Convention.

Today we’re talking with Murray Capill and Mike Raiter about why we should bother with Jesus. So in today’s smaller questions, I thought we’d test you on how much you know about the impact of Jesus in history .

Now the full quote from John Lennon was:

“Christianity will go. It will vanish and shrink. I needn't argue about that; I'm right and I'll be proved right. We're more popular than Jesus now; I don't know which will go first – rock 'n' roll or Christianity. Jesus was all right but his disciples were thick and ordinary. It's them twisting it that ruins it for me.”

Now there’s lots we could potentially reflect on in that quote. But why do you think Lennon made the comparison with Jesus, not with, say Julius Caesar, or Napoleon or William Shakesepeare?

Now, Lennon was clearly right, he and modern music stars are more popular than Jesus. And in a subsequent interview he said, ‘we meant more to kids than Jesus did’. He said he wasn’t knocking it or putting it down, he was just stating a fact, and he’s right isn’t he? Isn’t modern music or film stars more meaningful to people today than a 2,000 year old religious figure?

Does this render Jesus irrelevant today?

So what makes Jesus so influential? How could Jesus be so impactful?

But Jesus is a bit different to other great leaders of the past. Because he’s not just an interesting historical figure is he?

So how did Jesus become important to you?

One of the most popular and perhaps well known passages of scriptures is found in the Gospel of John, which is one of the four biographies of Jesus’ life that we have, In Chapter 3, at verse 16, John 3:16,

For God so loved the world that he gave his one and only Son, that whoever believes in him shall not perish but have eternal life.

It seems such a popular and well known verse, it’s been made into t-shirts and signs at sporting events, so what makes it so popular?

What word do you find most challenging in this verse?

Isn’t eternal life a bit too good to be true?

What difference has Jesus made to you?

So Murray and Mike, why bother with Jesus? 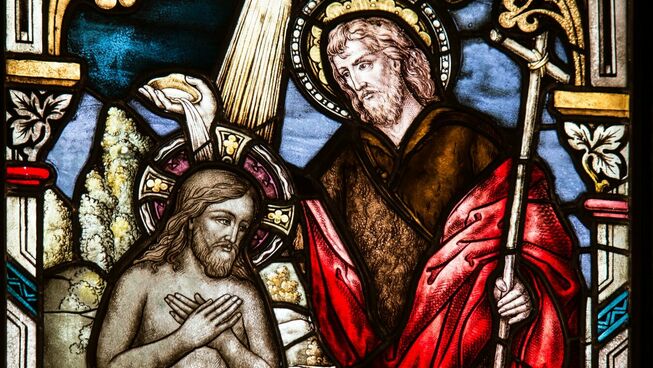 12th October is a Tuesday. P{lease confirm date or day.