Ep 203: Where can I find forgiveness?

We all make mistakes, but what if your mistakes cost a bank over $1 billion and resulted in a jail term? We meet a man who went from a wild, deceptive life as a trader, to jail and how time in jail helped transform his perspective on life.

Our guest: John Rusnak. John is a former Wall Street trader and in 2001, he was convicted for his part in a financial scandal at Allied Irish Banks which resulted in a jail term. Since his return to society, John has become an advocate for second chances for men coming home from incarceration and for those in drug and alcohol rehabilitation.

Life as a trader

John we’re so glad you can talk with us today about your story, but maybe take us back to your life as a trader? What did your job at the bank involve?

So what went wrong?

Losses amounted up to something like US$700 million - that’s a staggering amount of money. Could you comprehend the scale of what was happening to you? Did you ever realise that you couldn’t make this up?

So what happened? How did it come out?

How did it feel to have your actions front page news on Wall Street Journal?

Who do you blame for your weakness? The bank culture? The friends you had at the time? The greedy capitalist system? The bonus structure?

So you were sentenced to jail. How did that feel when you received the sentence?

You read a Bible in jail - what did you discover?

How did prison change you?

The Bible’s answer: forgiveness in Jesus

You did read the Bible in jail and one passage which was particularly resonated with you, was from the letter the Apostle Paul to the Philippians, Philippians 1 verse 6 which says, about God,

being confident of this, that he who began a good work in you will carry it on to completion until the day of Christ Jesus.

What was so comforting about this for you?

Today’s big question is about finding forgiveness - so how do you understand forgiveness?

In another letter, this time to the Colossians, the Apostle Paul writes about the heart of Christian forgiveness where he writes,

For he has rescued us from the dominion of darkness and brought us into the kingdom of the Son he loves, 14 in whom we have redemption, the forgiveness of sins.

How do you reflect on these words, as someone who made a massive error?

Do you think you could have found forgiveness without Jesus?

Some may think that your crimes were so massive that you should never be forgiven and that you should be locked in jail and the key thrown away? How do you react to that?

Is the inability to forgive a problem in our world?

Does your wife trust you with the bank account now?

So John, where can I find forgiveness? 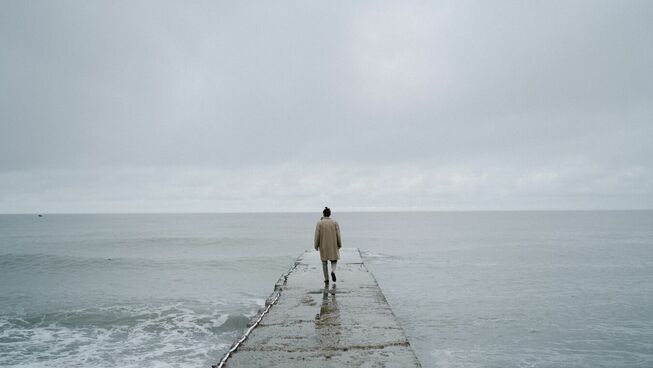 Bigger Questions
Ken Barnes
3 May 2020
The world is in economic turmoil and struggle. But what drives our economic system and is it broken? We get inside the boardrooms of big business and confront some big questions of wealth creation, inequality, and the drivers of prosperity in our world.