Sporting success is described as the ultimate glory - but it can feel elusive. Can we find glory that will last? We hear from a premier league footballer who tasted sporting glory, but found it inadequate and we hear his story of finding something lasting and even more glorious.

Our guest: Gavin Peacock. Gavin was formerly a professional footballer who played in the English Premier League. He scored 135 goals for Queens Park Rangers, Chelsea and Newcastle United amongst others in a career that spanned over 600 games. He now works as an associate pastor at Calvary Grace Church of Calgary, in Canada. He’s written several books including ‘A greater glory: from pitch to pulpit’ which is his story.

See one of Gavin's most glorious moments (and him being interviewed) in this clip from a game he recalls in the show.

Also see his FA Cup final shot which we talk about in the show.

You played professional football for multiple teams including Newcastle and Chelsea. When they play each other, who do you support?

So Gavin our smaller question to you today is about glory.

Life as a footballer

So, Gavin - football is often associated with glory - this book title had glory in it. There is a football team in Australia called Perth Glory, there’s a football magazine called Glory and it’s said that winning a title or a Cup brings glory - so why is glory so often connected with football?

What was it like playing as a Premier League footballer?

What was your most glorious moment in football?

In the 1994 FA Cup final playing for Chelsea against Manchester United you hit the crossbar in the first half when the score was 0-0 - how many times have you replayed that moment in your head since that time?

There is a quote, “The game only lasts for 90 minutes but the glory lasts forever” How do you react to that? Do you find it motivating?

So Gavin, you played at the top - achieved what many young boys aspire to, but you’ve been quoted as saying: ‘Football was my God as a youngster but it didn’t satisfy, I was empty.’ What did you mean by this, how could football be empty?

Did your life change?

Bible: God is the greatest glory

Now Gavin, today’s big question is about glory and the Bible claims that God is the king of Glory, in Psalm 24:10, the Psalmist writes,

Who is he, this King of glory?

he is the King of glory.

So Gavin, the ‘king of Glory’, that sounds like a fairly egotistical title to give to someone. Do you think a footballer could write a biography, ‘the King of Glory’? Even someone like Sir Alex Ferguson was never described as ‘the king of Glory’. What makes the Bible describe God with such grandeur?

So Gavin, what is the greatest glory? 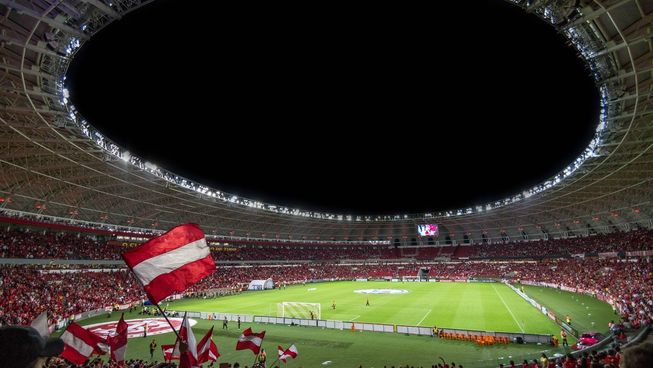 Ep 97: Is the Christian race worth finishing?

Bigger Questions
Nick Hearnshaw
11 Mar 2018
A conversation on retirement, running, and what it means to finish the race.

Bigger Questions
Peter Adam
How can you be joyful and happy at Christmas when you're depressed?
END_OF_DOCUMENT_TOKEN_TO_BE_REPLACED