Ep 180: What are the biggest lessons in leadership? | Bigger questions
Skip to main content

Ep 180: What are the biggest lessons in leadership?

How do you lead a response to a terrorist incident? Andrew Scipione was the NSW Commissioner of Police during the Lindt Cafe siege of 2014. He shares big lessons of leadership learned on that fateful day and his surprising source of inspiration and strength.

The guest: Andrew Scipione. Andrew joined the NSW Police force in 1980. He was appointed NSW Commissioner of Police in 2007 where he served amidst some of the most challenging events in Australia’s history, including the Lindt Cafe siege in December 2014 before his retirement in 2017. Andrew has been awarded the Australian Police Medal and the National Medal. He loves his family and fishing.

You love fishing - is there anything that fishing can teach us about leadership?

Well to kick off Bigger Questions we like ask a couple of smaller questions - just to get us thinking. Today we’re asking Andrew Scipione some big questions about leadership. So Andrew, I thought we’d test you on: leadership lessons from history’s worst leaders.

Most poor leaders don’t necessarily end up in prison. But how important is learning from your mistakes in leadership?

So what do you think we can learn from the failures of these leaders - lack of vision or succumbing to corruption?

Management guru Peter Drucker once said, “Management is doing things right; leadership is doing the right things.”. To what extent is character an essential quality of a leader?

Does the Bible shape how you view leadership at all?

So how important was your faith to you?

There is a Bible verse which is important to you. It’s from the Old Testament book of Micah was written in the 8th Century BC to the nation of Israel who had disobeyed God and God was threatening judgement. In light of the situation, in chapter 6, Micah writes about the response God desires. He doesn’t want ritualistic sacrifices, instead, verse 8,

He has shown you, O mortal, what is good.

And what does the Lord require of you?

To act justly and to love mercy

and to walk humbly with your God.

Andrew - you served in the police force for nearly 40 years - how was this verse significant for you?

But you’re in the police force - how can mercy and humility be key virtues? Surely you’re about strength, honour and following the law?

How does humility help a leader?

Now Andrew, let’s go to one of the most challenging leadership experiences - the Lindt Cafe siege of December 2014, when a lone gunman, Man Haron Monis, held hostage ten customers and eight employees of a Lindt chocolate café in the centre of Sydney. Do you remember where you were when you first heard the news of the siege?

As the commissioner of the NSW police force at the time. What was going through your head as the situation unfolded?

What was the greatest test to your leadership skills that the Lindt cafe siege brought for you?

The central figure in the Christian faith is Jesus Christ. Do you find Jesus inspiring as a leader? How?

Now for someone who might not be so familiar with Jesus, do you think it’s worth reading a Gospel - one of the biographies of Jesus - to learn more about him?

So Andrew, what are the biggest lessons in leadership? 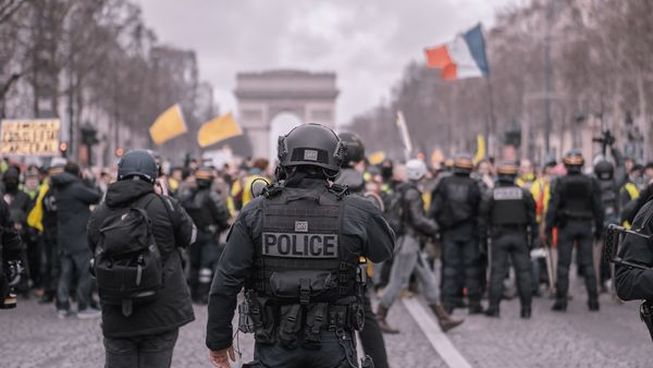 Bigger Questions
Jenny George, George Savvides
8 Dec 2019
Is there any hope for those in leadership?

Bigger Questions
Sam Chan
17 May 2020
We live in a time of much fear, uncertainty and difficulty - we are suffering from a loss of control. Yet some claim that Jesus is the answer to our deepest fears and insecurities. But is this answer just too convenient and easy? We confront some big questions of the potential relevance of Jesus in our lives today.

Ep 167: Should we cut offensive films?