The world is in economic turmoil and struggle. But what drives our economic system and is it broken? We get inside the boardrooms of big business and confront some big questions of wealth creation, inequality, and the drivers of prosperity in our world.

Our Guest: Dr. Ken Barnes. Ken is a businessman, scholar and theologian. He holds the Mockler-Phillips Chair in Workplace theology and Business ethics at Gordon-Conwell Theological Seminary in the United States. He worked as a senior business executive and he’s the author of Redeeming Capitalism - a book seeking to reclaim the moral roots of capitalism.

This conversation was recorded in February 2020.

Check out the video from our Monday night Facebook Premiere.

Now Ken today’s big question is about capitalism. Has capitalism failed, but can you explain exactly what capitalism is? For capitalism is different from commerce and trading isn’t it?

Now humans have traded and sold things for centuries, but those forms of market organisation wouldn’t really be considered capitalism?

Some authors like Rodney Stark claim that Christianity and the Christian worldview led to capitalism - so how true is that?

German sociologist Max Weber published an immensely influential study: The Protestant Ethic and the Spirit of Capitalism. In it he seems to be saying that capitalism is the result of a Christian, but particularly Protestant work ethic - is this true, false or maybe a bit of both?

So is Christianity necessarily connected to capitalism?

But modern capitalism wouldn’t necessarily be described like this, in fact you describe the modern capitalism “devoid of a moral compass: and resistant if not impervious to ethical constraint”. Isn’t this too negative a view?

So what has gone wrong with modern capitalism? It seems that this system has failed many people - rising economic inequality, many millions mired in poverty, exploitation and environmental degradation? It seems that it has failed?

In the Bible Jesus speaks a lot about money, so does this make Jesus a capitalist? Or was he a socialist?

Now in the Gospel of Matthew in the Bible, which is one of the four biographies of Jesus’ life we have, Jesus encourages people to not store up treasures on earth, but store treasure in heaven and he concludes in Chapter 6 verse 21, ‘for where your treasure is, there your heart will be also’. So is Jesus encouraging or discouraging capitalism?

Jesus also goes on later in Matthew 16 when weighing up the cost of whether or not to follow him, he says in Matthew 16:26,

‘What good will it be for someone to gain the whole world, yet forfeit their soul’?

Jesus is speaking about the cost of discipleship - but in what way does this speak to the spirit of capitalism?

So Ken, has capitalism failed? 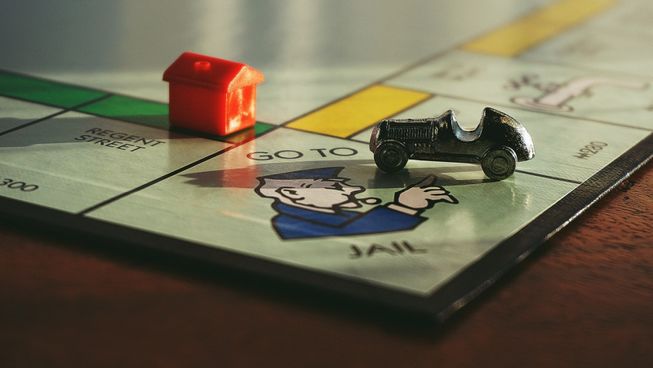 Bigger Questions
Jenny George, George Savvides
8 Dec 2019
Is there any hope for those in leadership?

Bigger Questions
David Knox
29 Sep 2019
As people live longer and with better health, what does the future hold? An insightful conversation exploring retirement, superannuation, and contentment as we peer into the future.

Ep 10: A moral vision for business

Bigger Questions
Ken Barnes
12 Apr 2015
How should we conduct ourselves at work?

Bigger Questions
Peter Adam
How can you be joyful and happy at Christmas when you're depressed?
END_OF_DOCUMENT_TOKEN_TO_BE_REPLACED