Ep 145: How do you lead in a polarised world? | Bigger questions
Skip to main content

Our world is becoming more fragmented, divided and polarised. Is good leadership possible? Former Deputy Prime Minister John Anderson offers some advice on leadership through some surprising lessons from his life and from his time in politics.

Our guest: John Anderson is a farmer and grazier from New South Wales, who spent 19 years from 1989 in the Australian Parliament. He served as a senior Cabinet minister in the the Howard Government and served for six years as Leader of the National Party and Deputy Prime Minister. He retired from politics in 2005 and now hosts a popular podcast and video series of Conversations with John Anderson engaging important issues facing our world.

You served for a number of years in political life. Does that mean people recognise you in the streets?

Was it hard to time with family or for yourself? Was the media scrutiny difficult?

Today we’re talking about leadership in a polarised world. Now American marketing specialist and author Guy Kawasaki said, “When I finally got a management position, I found out how hard it is to lead and manage people.” So is Kawasaki right, is leadership hard?

Some commentators have suggested that Australia has become increasingly polarised, politically and socially? Is that something you have sensed?

You’re also a Christian believer - why is that? Did you grow up going to church?

People are suspicious of Christians in public office, do you think your Christian faith enhanced or detracted from your service of the Australian people?

One of the problems with Christians in public office is that their Christian values are not shared values - can you really serve people whom you disagree with?

Is it tempting to not serve people who didn’t vote for you?

Do you think the Christian faith increase polarisation or bring people together in the public space?

The Bible has many different types and styles of leaders. There is a story in the New Testament about one of Israel’s leaders, King Herod, who ruled over the Ancient lands of the Ancient Near East. There is a story recounted in the New Testament book of Mark, which is one of the four biographies of Jesus’ life that we have, where we learn about the leadership style of King Herod. We read in Mark 6, about a difficult leadership challenge King Herod faced. In the story we learn that John had criticised his decision to marry Herodias, his brother’s wife and so Herod had put John the Baptist in prison.

So John, it would seem in the ancient world that there wasn’t quite the same freedom to criticise leaders that we enjoy today in Australia?

Then on his birthday Herod gave a banquet for all his high officials and military commanders and the leading men came. Then the daughter of Herodias came and danced and pleased Herod and his dinner guests. So the king then said to the girl, “Ask me for anything you want, and I’ll give it to you.” And he promised her with an oath, “Whatever you ask I will give you, up to half my kingdom.”

So John, was that a wise promise?

Does the type of promise offered indicate something about the quality of the leader?

Does this assessment critique some poor promises made by leaders in Australia today?

Now the mother of the girl who danced, Herodias, held a grudge against John the Baptist and when the daughter went to her to ask what she should ask for, she answered,

Now, I realise that the Australian people and politics are divided, but it’s not quite this bad is it? That you can ask for your enemies head on a platter? Or are death threats more commonplace in politics?

This request caused Herod distress and it says, ‘but because of his oaths and his dinner guests, he did not want to refuse her.’

Is that a challenge in leading a polarised world? There are competing interests that a good leader needs to satisfy?

What would a good leader do in this circumstance?

The story ends badly for John. Herod immediately sent an executioner with orders to bring John’s head. The man went, beheaded John in the prison, and brought back his head on a platter. He presented it to the girl, and she gave it to her mother.

Was this a failure of leadership? Why?

This model of leadership is contrasted with Jesus in the very next story presented in Mark. Do you think Jesus was a great leader?

His leadership ability was challenged in the very next story recorded in the Gospel of Mark. Jesus was seeking some rest. It says in Mark 6:31, Then, because so many people were coming and going that they did not even have a chance to eat, he said to them, “Come with me by yourselves to a quiet place and get some rest.”

Is Jesus desire to withdraw from public scrutiny and just get some rest understandable? That’s something you can relate to?

Yet as he goes away, people recognise him, anticipate where he’s going and and run ahead. So when Jesus arrived he saw a large crowd,

Do you think Jesus’ heart sank when he arrived at this so called quiet place to get some rest and instead he sees a huge crowd?

We hear his reaction in verse 34, ‘when Jesus landed and saw a large crowd, he had compassion on them, because they were like sheep without a shepherd. So he began teaching them many things.’

Does Jesus’ response here surprise you?

Is compassion an important part of leadership?

Is it insulting to call the people here ‘sheep’ - or is there a desire from among the people to long for good leadership?

How do you think Jesus’ leadership contrasts with Herod?

So John, how do you lead in a polarised world? 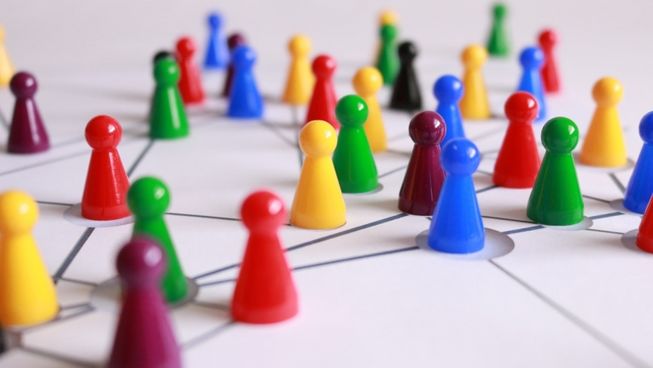 Bigger Questions
Helen Bell, Adam Ch'ng
5 May 2019
With an an election looming there is often disappointment and cynicism towards our political leaders and the place of religion in political life is controversial and contested. Can we have better conversations about government and the role of religion in politics? A thoughtful conversation which changes the way we talk about divisive topics.

Bigger Questions
Greg Sheridan
3 Mar 2019
Some say that religion is antiquated, dangerous and poisons everything. So is God really worth following? We ask Greg Sheridan some bigger questions about the impact of God in the world and why he loves stories in the Old Testament. A unmissable conversation combining wit with deep reflection.

Bigger Questions
Dr. Jenny George, George Savvides
8 Dec 2019
Is there any hope for those in leadership?

Ep 148: How can we have a sustainable Christmas?

Bigger Questions
Ian Barns
15 Dec 2019
Is much of our consumption just a poor substitute for what’s missing in our lives?
END_OF_DOCUMENT_TOKEN_TO_BE_REPLACED