Is there any archaeological evidence for the Bible or is it all just a fabricated myth? We confront these big questions and more in an entertaining journey into the past as we examine long buried secrets to unearth some surprising finds.

Our guest: Gillian Asquith lectures in New Testament and Greek at several Melbourne theological colleges. Her areas of interest include the transmission of the text of the New Testament and biblical archaeology.

You’re keen on archaeology, although isn’t it a career in ruins?

Now you love archaeology and you’ve recently been on a dig. Did you find anything interesting?

To kick off Bigger Questions we like ask a couple of smaller questions - we do try to have a bit of fun on the show.

Today we’re talking with Gillian Asquith about archaeology. So Gillian, our smaller questions to you are about ‘archaeology movies’.

Value and limits of archaeology

So perhaps Hollywood doesn’t quite describe accurately the life of an archaeologist, what actually happens on a dig? Can you give us the scoop?

How do you know where to dig?

What sorts of things do you find in a dig?

You’re in your happy place on a dig? What makes you happy about digging?

We’re here today talking about archaeology disproving the Bible, so what can archaeology ‘prove’?

What can you learn then with archaeology?

Old Testament - the battle with the minimalists

But what about archaeology and the Bible? A the early 1990’s a number of scholars emerged, known as the ‘minimalist school’, who effectively claimed that modern archaeological could not corroborate the Bible and instead claimed much of the Old Testament was myth. Hence this group claimed there was ‘minimal’ history contained in the Old Testament. The kings recorded there, like David and Solomon didn’t really exist. They were literary creations of the Biblical writers. One of these minimalist scholars, Philip Davies claimed that, King David was “about as historical as King Arthur.” The name David had never been found in an ancient inscription outside the Bible.

So is there strength to the claims of these scholars who attack the historical credibility of the Old Testament on archaeological grounds?

So how did the minimalist school react to this?

The Biblical authors seem to expect King David to be a real historical person?

In the New Testament book of Acts, the Apostle Peter stands up and gives a speech and says in Acts 2:29:

Fellow Israelites, I can tell you confidently that the patriarch David died and was buried, and his tomb is here to this day.

So, he seems to expect that if you’d done an archaeological dig, you’d expect to find something - the bones of David? So it seems that the Bible expects these to be real historical figures?

Where is the tomb of David though?

So, let’s then consider the New Testament. Is the archaeology of New Testament times different to that of OT?

What is an archaeological find about the New Testament that particularly interests you?

Connected with the churches described in Revelation chapter 3. It says,

To the angel of the church in Laodicea write: These are the words of the Amen, the faithful and true witness, the ruler of God’s creation. 15 I know your deeds, that you are neither cold nor hot. I wish you were either one or the other! 16 So, because you are lukewarm—neither hot nor cold—I am about to spit you out of my mouth.

How does archaeology help with this?

So, we’ve thought about characters like King David, some of the colour and realism of the New Testament, but what about the heart of the Christian message - the death and resurrection of Jesus? For some have used archaeology to cast doubt on the story of Jesus’ recorded by the Gospels. In fact some skeptical scholars claimed that as a result of archaeological finds, that it’s claimed that it’s unlikely that crucified people would be given a burial by friends or family. Hence skeptical scholar John Dominic Crossan claims that Jesus’ corpse was thrown into the common graveyeard reserved for criminals and was probably eaten by dogs because victims of crucifixion would not have received an honourable burial.

So what can archaeology help with this?

Does this mean that archaology proves the biblical narrative of the death of Jesus?

What does it mean to you?

To you, has archaeology strengthened or weakened your view of the history contained in the biblical record?

So what difference does this make to you? 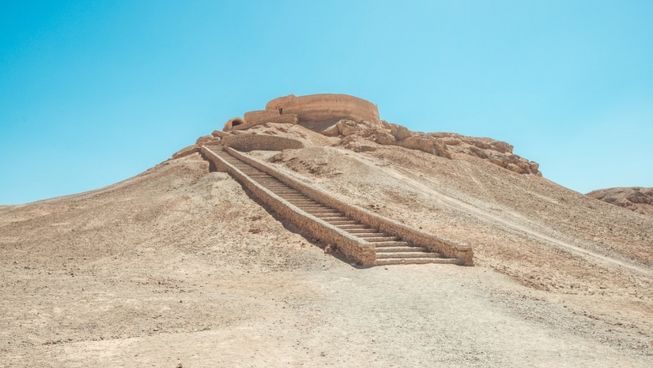 Bigger Questions
Gillian Asquith
9 Dec 2018
What are we to make of the differences between the accounts of the Christmas story of Jesus?

Bigger Questions
Peter Adam
How can you be joyful and happy at Christmas when you're depressed?
END_OF_DOCUMENT_TOKEN_TO_BE_REPLACED