What are we to make of the differences between the accounts of the Christmas story of Jesus?
Bigger Questions
Speaker(s):
Gillian Asquith
Bible reference(s):
Luke 1.1-4, John 21.25
Date:
Sun 9 Dec 2018
Jesus' resurrection
Bible as history
Christmas
Bible
contradictions
Resurrection
Gospels
History

What are we to make of the differences between the accounts of the Christmas story of Jesus? Or differences about the resurrection accounts? We ask Gillian Asquith some really hard questions about the Bible and her answers may surprise you.

Our guest is Gillian Asquith. Gillian lectures in New Testament and Greek at several Melbourne theological colleges. Her areas of interest include the transmission of the text of the New Testament and biblical archaeology.

Now Gillian, welcome back to Bigger Questions, You’ve just started a PhD, can you tell us about that?

Today we’re talking with Gillian Asquith about if the Bible is full of contradictions. So Gillian, our smaller questions to you today are:

How well do you know contradictions in songs.

So Gillian. A contradiction is where there is inconsistency when we expect consistency. Where a fact, or detail is inconsistent with another account. Like it raining all night, and the weather being dry.

Now when considering history, if there were lots of contradictions between accounts, wouldn’t that make us worry about how accurately one or either of the historians have preserved historical events?

Now when we consider the Bible, there are differences in the four accounts of Jesus’ life we have - the four Gospels. For example, many point to the Christmas story as demonstrating contradictions between the accounts of Jesus’ life because there are significant differences between them. For example, only two of the Gospels, Matthew and Luke describe Jesus’ birth, and the other two, Mark and John never mention it. These differences don’t seem to fall into the category of minor and irrelevant discrepancies, so is this a problem?

But even then the two stories of Jesus’ birth that we do have, in Matthew and Luke, differ on key details. Some even claim that they ‘contradict each other on almost every detail.’

For example, traditional Christmas pageants depict shepherds and wise men side by side, yet Luke records shepherds with no mention of wise men whilst Matthew doesn’t agree, he records wise men and no shepherds. The star is found only in Matthew, angels only in Luke, and both have different names for Joseph’s father and grandfather. So with all these differences how can we trust these documents?

Are they reconcilable? Should we reconcile them?

But how do we know that they’re writing history and telling the truth? Did they just make things up to suit their agenda?

Ok, difference in the story of Jesus’ birth is one thing, but Christians make much more of the resurrection of Jesus - that Jesus was raised from the dead.

Yet differences exist in the four resurrection accounts in the four Gospels. Skeptical scholar Bart Ehrman asks: How many women went to the empty tomb? What were their names? Was the stone rolled away after or before? What did they see there? One man, two men or two angels? Were they told to go to Galilee or not? How do we reconcile these differences?

If God is perfect, then why are there differences? Couldn’t God have ironed them out?

Today's Big Question is: Isn’t the Bible full of contradictions? We’ve been exploring an answer with Gillian Asquith based on the way history was written in the ancient world and the purposes of the Gospel writers. But the Bible itself also gives reasons for why there might be differences in the accounts.

Consider the opening verses of the Gospel of Luke, one of the four different biographies of Jesus’ life we have. Luke 1:1 says

That seems to indicate that the Gospel writers themselves knew that there were other accounts of the life of Jesus?

Luke was wrote his account aware of the presence of eyewitnesses as verse 2 continues,

2 just as they were handed down to us by those who from the first were eye witnesses and servants of the word.

What is the significance of the presence of eyewitnesses as we consider differences in the Gospel accounts?

So what is the purpose of Luke writing another account? Verse 3 says,

With this in mind, since I myself have carefully investigated everything from the beginning, I too decided to write an orderly account for you, most excellent Theophilus

Does he think that the other writers got a lot wrong about Jesus so he wrote his own account?

Is it significant that the early church preserved four accounts of Jesus?

It would also appear that there is a lot that about Jesus wasn’t recorded as the very last verse of the Gospel of John, says in John 21:25

Jesus did many other things as well. If every one of them were written down, I suppose that even the whole world would not have room for the books that would be written.

Reflections on the Biblical evidence

Richard Dawkins in The God Delusion chides unsophisticated Christians who think the Bible a literal and accurate record by asking ‘[w]hy don‘t they ever notice those glaring contradictions? Well, today we have noticed and examined these ‘glaring’ contradictions, have you been persuaded to reject Scripture and become an atheist? Why not? Haven’t you just been indoctrinated? Ignoring counter evidence, confirming what you already knew and wanting it to be true?

So Gillian, isn’t the Bible full of contradictions? 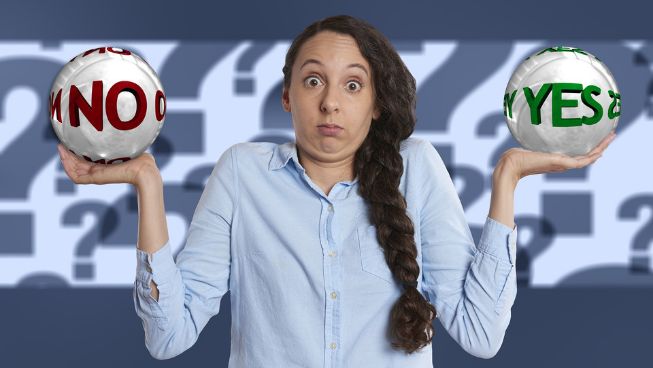 Explaining Easter: how can a death 2000 years ago help me live today?

Bigger Questions
Gillian Asquith
25 Mar 2018
What is Good Friday? What is Easter? and their relevance?