Superhero movies are more popular than ever, but haven't we had enough of them? Why are they so popular? In another entertaining and insightful conversation Sam Chan shows how superheroes movies helps us see something bigger.

Our guest is Dr. Sam Chan. Sam is a preacher, author, cultural analyst and medical doctor. He works as national communicator with City Bible Forum.

Sam, we’re talking today about superheroes. Did you ever read superhero comics?

So Sam, if you could have a special superpower - what would it be?

Now, we ask the really big questions on this show. So, I want to get to one of the biggest: Where have all the superhero capes gone? Wonder Woman, used to have a cape - but it’s gone. Now most of the modern superheroes on our screens are capeless, except Captain Underpants. Why is that?

Why do you think the old superheroes wore capes?

Do you have a favourite superhero?

There are two ‘universes’ of superhero movies: DC and Marvel. What is the difference?

So then - what makes a superhero?

But isn’t the whole superheroes thing a bit childish? Rhymer Rigby, journalist with the Telegraph in the UK in an article entitled: No self-respecting adult should buy comics or watch superhero movies, said

Can we all please grow up? Can we acknowledge that Marvel and DC have scraped right though the bottom of the barrel? Can we call time on superhero films? Films which are too dark for kids the comics were originally written for, yet too dumb for any thinking adult.

So are they childish - not something that mature people should watch?

But there still seem to be lots of superheroes - and more coming. Superhero films have become incredibly popular and earning big dollars. Twenty years ago they accounted for just 1% of movie tickets sold - now they make up over 30% of sales. The most recent Marvel Avengers Infinity War movie set a new record as the fastest movie in history to reach $1billion at the box office. Some say that the superhero genre is reaching “heights of popularity not seen since its origins on the comic book page.” Why is this so? Why do we love superhero films?

Superheroes - battle of good vs evil

"But aren't some superheroes vigilantes? For example, Batman who takes justice into his own hands - why do we still vouch for him when we're on screen?"

Superheroes in the real world - Unbelievable?

One of the characters is a god. AN ACTUAL GOD. Fighting alongside an irradiated mutant and a bloke in a robot suit and someone who fires arrows. [...] Does this seem ridiculous to anyone else, Thor teaming up with some mortal humans?

Is this ridiculous? Superhero movies depicting gods living and fighting among men?

There seems to be a lot of overlap between mythology and superheroes - in Avengers. Thor, the God of Thunder, is literally lifted directly straight from Norse mythology! Other superheros could be seen as different expressions Greek mythological heroes. So are modern superheroes just a continuation of the myths of humanity made up since the beginning?

So what attracts us to these myths?

But are they satisfying?

Given the connection between gods and superheroes - does this mean that religion - like superheroes - is just fantasy and childish?

What about Jesus? A believable superhero?

Then what of Jesus Christ? The Bible claims he has some miraculous powers - of healing, telepathy etc, but he didn’t seem to have the ability to fly. Is that important?

Jesus had things which you could potentially claim were superpowers - doesn’t that make Jesus unbelievable in the real world?

The Bible’s reflection - a believable superhero?

This week’s big question is about Superheroes: do we need another one?

In the New Testament book of Philippians, we learn something of the origin, power and mission of Jesus, where the author, the Apostle Paul says,

In your relationships with one another, have the same mindset as Christ Jesus:

6 who, being in very nature God,

Now Sam, here Jesus sounds pretty powerful - being ‘in very nature God’. Could he be some kind of superhero? Like Thor perhaps?

What is different between Thor and Jesus?

What is Jesus’ special superpower?

Yet the passage continues -

though Jesus was in very nature God,

he did not consider equality with God something to be used to his own advantage;

7 rather, he made himself nothing

by taking the very nature of a servant,

being made in human likeness.

8 And being found in appearance as a man,

by becoming obedient to death –

even death on a cross!

What is happening here? This doesn’t quite sound like the standard superhero movie script?

The Bible’s reflection - the exaltation of the hero

The passage concludes in a dramatic way in verses 9-11, where Paul writes

9 Therefore God exalted him to the highest place

and gave him the name that is above every name,

10 that at the name of Jesus every knee should bow,

in heaven and on earth and under the earth,

11 and every tongue acknowledge that Jesus Christ is Lord,

to the glory of God the Father.

This passage speaks of every knee bowing before Jesus. In the 2012 Avengers movie, the evil super-villain Loki demands that people bow down before him. He says, ‘is this not the truth; - that humanity ‘craves subjugation’ and this diminishes our freedom. Is bowing before Jesus subjugation, or is it different?

Is this conclusion predictable or more satisfying than a CGI spectacle?

So Sam, Superheroes: do we need another one? 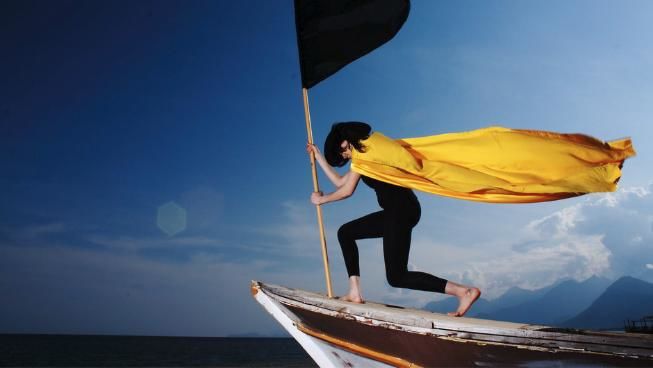