We love our TV shows. Watching TV is Australia's most popular after dinner activity.

Why is Married at First Sight so popular? If Reality TV was really real - would be as interesting? What does reality TV tell us about ourselves?

Cultural analyst Dr. Sam Chan shares about how these shows are a window to an even bigger and better story.

Today we’re talking about trashy TV - so do you watch much TV?

What about the ‘trashy TV’, you know the ‘so bad it’s good’ kind of show?

It’s rumoured that you were a fan of Baywatch as a younger person - does that qualify as trashy?

How much do you know about Married at First Sight?

Why the appeal with reality TV?

So Sam, Married at First Sight is a show that users think is awful - it doesn’t even pass on IMDb. In fact one user wrote that the show was:

A complete and utter waste of time. Watching this will make you want to die. anyone who watches this is either a.) crazy or b.) stupid. Beyond stupid.

But the show was a rating juggernaut and finale - a ratings bonanza - why? Why are shows like Married at First Sight and The Bachelor so popular?

One TV critic who wrote at the start of the 2017 Married at First Sight series said that this was the “type of TV that only exists for people who haven’t discovered that there’s actually thousands of hours of compelling, quality TV to be watched on very cheap streaming services.”

Is that a bit condescending? Perhaps an insult to the millions who do tune in?

Now these shows contain all the elements of great drama don’t they?

“But the reason it endures is that it’s found a sweet spot for this kind of trash TV, that manages to be controversial and uncomfortable without being completely morally objectionable.”

Is that true? We feel a bit uncomfortable watching it?

Is it the villains? “TV critic Kerri Sackville wrote that, “Married At First Sight is awful. People there are unlikely to find love. But we love it, because we’re addicted to the villains.” Is that true?

But how real is reality TV? American actor Hill Harter said, ‘I believe that reality TV should be called 'not reality' TV; it's fiction’. Do you agree?

Our need for a story

So what does this need for drama, need for villains, need for a story, tell us?

Where do we find stories that we can connect to and be a part of?

What about you? What is a story that you’ve found compelling?

Why might the Bible offer a story that can help us with our quest for an overarching story?

Why do you find the story of the Bible compelling?

The Bible’s reflection - another wedding

Married at First Sight is a TV show that starts with weddings and the Bible tells many stories about weddings. In fact Jesus tells a parable, or short story, about a wedding in the New Testament Gospel of Matthew - which one of the four biographies of Jesus’ life we have.

So Sam, why did Jesus speak in Parables? Aren’t these kinds of stories a bit simple for a great teacher and guru?

This parable we’re looking at today, might have made good reality TV. It starts in Matthew 25 by describing the kingdom of heaven like,

‘ten virgins who took their lamps and went out to meet the bridegroom. 2 Five of them were foolish and five were wise. 3 The foolish ones took their lamps but did not take any oil with them.4 The wise ones, however, took oil in jars along with their lamps.

So Sam, do you think this could make a good reality TV show?

The virgins all fell asleep and then drama is created in verse 6 when ‘At midnight the cry rang out: “Here’s the bridegroom! Come out to meet him!”

Now the appearing of this Bridegroom is perhaps a little different to when the Bachelor is unveiled?

Then when the bridegroom appears, “The virgins all woke up and trimmed their lamps but the foolish ones don’t have enough oil and try to get extra from the wise, but there won’t be enough - so they send the foolish off to buy some extra.”

There is real tension here - and it feels a bit like the Amazing Race?

Teams have to travel to the nearest oil shops, trim their lamps and return - will the foolish women get back in time?

But the ending does shock a bit doesn’t it?

10 ‘But while they were on their way to buy the oil, the bridegroom arrived. The virgins who were ready went in with him to the wedding banquet. And the door was shut.

It's dramatic, what do you make of it?

But isn’t is a bit harsh? The door was shut? What does Jesus mean by it?

What do you make of the conclusion of the parable where the five foolish contestants try to enter, they say, “Lord, Lord,” they said, “open the door for us!”

13 ‘Therefore keep watch, because you do not know the day or the hour.

The last line there says, keep watching - or you might miss out. It's important to stay tuned. But what should you keep watch about exactly?

So Sam, it’s a dramatic story, perhaps making for a great reality TV show, but what strikes you about it?

So what is the bigger story this teaches us?

How has this bigger story impacted you?

So Sam, trashy TV: why can’t we turn away? 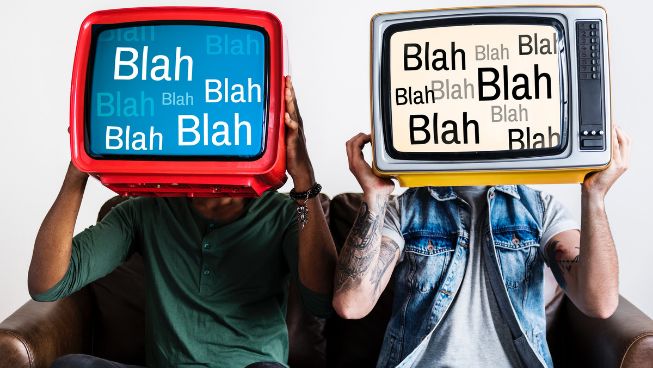 Bigger Questions
Sam Chan
5 Nov 2017
An entertaining conversation sure to make you to think and help you discover the true meaning to life. We ask the brilliant Dr. Sam Chan (medical doctor and Christian communicator) some Bigger Questions.

What is the key to life?