Can we trust the resurrection accounts? | Bigger questions
Skip to main content

Can we trust the resurrection accounts?

The four accounts of Jesus' resurrection contain differences. What explains these differences? Are the Gospels historically trustworthy? What difference does it make?

In this episode, host Robert Martin speaks with journalist Elizabeth Redman. Elizabeth shares some of the joys and frustrations of journalism. She also shares about journalistic conventions on how journalists report the truth. She then examines specific conventions about writing the Gospels and how these can help resolve a number of differences in the resurrection accounts that skeptical scholars like Bart Ehrman raise. Elizabeth also gives her own reasons for why the resurrection of Jesus is 'top story'.

What interests you about journalism?

And you are currently in business writing - do you enjoy that? It doesn’t seem the most glamorous part of journalism?

What’s it like being a journalist? Do the editors really scream, ‘hold the front page?’

Is it true that you can’t believe everything you read in the news?

Sometimes you see on the news that two different news outlets report the same event, but there are differences between the two. Is this common? Why is that?

Could you tell us a little bit about the conventions used by journalists in news reporting.

These are all standard journalistic conventions? Differences between news reports reporting the same story will naturally arise?

What convinced you to become a Christian believer?

Contradictions in the resurrection narratives

Elizabeth, you’re familiar with different types of literature, when you read the Gospels, the four biographies of Jesus life that we have, what kind of literature are they? Are they breaking news reports?

Did you surprise you when you learned that there were variations of details between the resurrection accounts?

What do you make of Ehrman’s objection?

Conventions in reporting in the Gospels

There are certain conventions in journalistic news reporting, but what about literary conventions for writing the Gospels?

These are legitimate literary devices? Not trying to hoodwink or deceive audience?

We can look in more details at some of the differences in the resurrection accounts that Bart Ehrman highlights. For example Ehrman considers the women going to the tomb. He asks, ‘Did Mary go to the empty tomb alone, or did other women go with her?’

Mark 16:1 says, ‘When the Sabbath was over, Mary Magdalene, Mary the mother of James, and Salome bought spices so that they might go to anoint Jesus’ body.’

John 20:1 which says, ‘Early on the first day of the week, while it was still dark, Mary Magdalene went to the tomb and saw that the stone had been removed from the entrance’.

So what do you make of this difference? Did Mary go alone or with other women?

Ok, what about the number of angels present in the tomb,

Mark 16:5 says, ‘As they [the women] entered the tomb they saw a young man dressed in a white robe sitting on the right side and they were alarmed’

Luke 24:3-4, ‘when they entered, they did not find the body of the Lord Jesus. While they were wondering about this, suddenly two men in clothes that gleamed like lightning stood beside them’.

What are we to make of this?

So there are differences between the accounts - but do these differences make us concerned that they aren’t trustworthy as historical sources?

As Mark 16:6 says, ‘Don’t be alarmed’, he said, You are looking for Jesus the Nazarene, who was crucified. He has risen!

What do you make of the significance of women being the first witnesses of the empty tomb?

So what - what is the implication of the resurrection accounts being historically trustworthy?

Is this a story which you should ‘hold the front page’?

So Elizabeth, reporting the truth, can we trust the resurrections accounts? 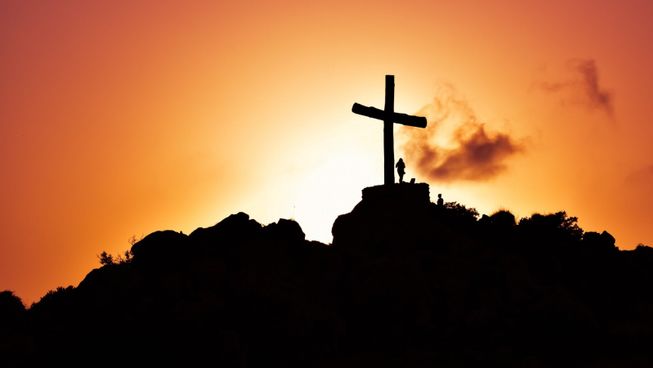 Ep 137: Is the Genesis account of creation simply a myth?

Ep 115: How is the church better and worse than you imagined?

Bigger Questions
Angela Cook
13 Oct 2019
In world that loves being happy - why do I feel depressed?
END_OF_DOCUMENT_TOKEN_TO_BE_REPLACED