In 2014 the famed atheist Richard Dawkins once tweeted:

How thoughtful of God to arrange matters so that, wherever you happen to be born, the local religion always turns out to be the true one.

Indeed atheist blogger Bob Seidensticker says something similar in an article, Your Religion Is a Reflection of Your Culture—You’d Be Muslim if You Were Born in Pakistan

He says, "Religion is like language. I speak English because I was raised in the United States. I didn’t evaluate all the languages of the world before I picked the best one; it was just part of my environment."

These claims seem intuitively strong and accord with a basic observation of the world that many people do live according to their cultural heritage. Yet these claims and some of the assumptions underlying them are challenged by the story of Malaysian born, Chinese-American scholar Dr. KK Yeo.

I interviewed KK for Bigger Questions and I put this objection to him (click here for the part of the conversation). He responded with puzzlement and asked, ‘is that true?’ He said, ‘that’s not true in my own experience’ and he shared his own story.

KK was born and raised in a Confucian family, yet even early on he began to doubt Confucianism. He found it limited in answering some of his deepest spiritual questions like ‘where am I from?’, ‘where am I going?’, ‘what is the meaning of life?’

He began a spiritual quest and searched Buddhism, Judaism, Greek and Roman and Philosophy, yet found them lacking.

Then he joined the Christian Union to argue with them! He perceived Christianity as psychologically weak. Yet he began to be persuaded as he saw the love and the relational care in the people he was arguing with. He was accepted by these people even though they disagreed with him and it opened his eyes. He began to comprehend through this experience and what he was discovering in the Scriptures, true personhood, human dignity, and questions of who we are.

This led him to comprehend the biblical view of humans as created in the image of God - which was mind boggling for him. This connected with his deep desire to be loved, respected and cared for.

In his quest he discovered the personhood of God, community of love, and the Trinity, which interestingly resonated with his cultural Confucian background. Yet in clear distinction from his Confucianism he more profoundly found freedom, hope and meaning in being connected with Jesus and his bigger story.

Hence in the experience of KK Yeo, Richard Dawkins‘ quote and this belief that you believe because of your background and where you’re born, was just not true.

The history of Christianity

Yet this argument also fails when considering the history of Christianity.

For the Christian religion was founded by Jesus himself convincing monotheistic Jews that he was the incarnate Word - this was a massive change to the prevailing Jewish beliefs and expectations of their religious system. Similarly the Apostle Paul had a dramatic experience on the road to Damascus causing him to fundamentally alter his beliefs causing friction and tension with the Jewish religious establishment.

Indeed, Christianity exploded onto the Ancient World where millions of people, Jew and Gentile, were converted to a religious system in many cases vastly different to their inherited cultural beliefs. For at the very heart of Christianity, in the Scriptures themselves, is a call to believe not because of societal expectation or generational inheritance, John 1:12-13

Yet to all who did receive him, to those who believed in his name, he gave the right to become children of God – children born not of natural descent, nor of human decision or a husband’s will, but born of God.

According to John, true believers are not really believers if they are connected to Christianity due to cultural reasons. True believers, those who genuinely believe the message, are the ones born of God, not simply because of their family of origin or their societal beliefs.

Thus the nature and history of Christianity indicates that this claim of believing because it’s the prevailing culture is too simple.

Furthermore, this argument fails to prove much because the argument can simply be turned on its head and the atheist can be challenged to say that they’re only an atheist because of their culture and environment. Seidensticker tries to avoid this conclusion by claiming that atheism is immune from this charge, but his evasion is simply special pleading.

Yet more substantially, if beliefs and language are simply properties of society, it underplays any search for truth. It seems to assume that all religions are wrong and you only believe because you were taught it and ultimate truth is either always elusive or non-existent.

So unfortunately, this claim fails to prove very much and unwittingly denies any truth in any religious claim and ultimately simply assumes atheism to be true.

We should investigate religious claims

The challenge for simplistic arguments like this is to investigate, think and be genuinely concerned for truth. Seidensticker says...

People don’t pick their religion by throwing a dart at a grid of the hundreds or thousands of religions of history…. The religion of young adults is very strongly correlated with that of their culture.

This is certainly the experience of many, but this is not a reason to suggest that true religion is culturally determined as he concludes.

Indeed my encouragement is to be inspired by the story and experience of KK Yeo: examine religious claims, consider the evidence, be open to other options, assess against our human experience and be open to the idea that what we were brought up with may not indeed be the truth.

You might indeed find, as Dr. KK Yeo and millions of others did, that the evidence for Jesus is compelling and that the Christian religion is not simply a property of society. 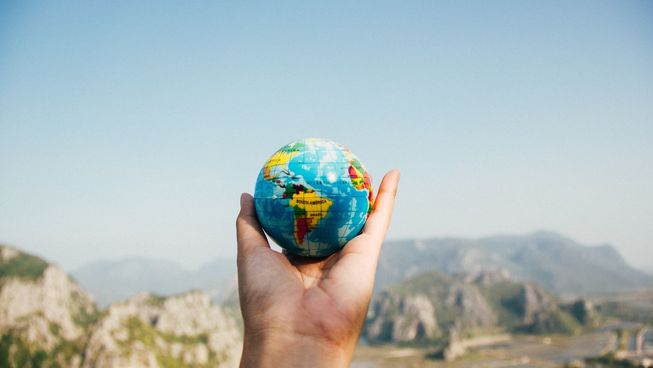