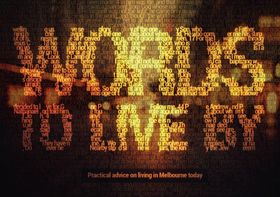 You're a lecturer in the Bible - surely there isn't anything more boring?

This was the first question asked to Logos Live guest, Gillian Asquith a lecturer at Melbourne School of Theology in the latest Logos Live podcast.

The feeling that the Bible is irrelevant and boring to the modern worker is quite common these days. These feelings underly growing apathy and ignorance towards the Christian message. For example, one young, intelligent, educated woman wasn't sure of the difference between Easter Sunday and Good Friday.

The growing ignorance of the Christian message is understandable as our society has become more diverse and less publicly Christian. To many it is boring, irrelevant and there are no opportunities to learn about it.

Yet, Gillian shows not only that there are good reasons to believe the events of the first Easter happened, but its powerful relevance today.

The heart of the Easter story: forgiveness

The events on that first "Good" Friday and subsequent Easter Sunday involve a tragic death and a glorious result.

The death was tragic, in that an innocent man was killed for a crime he didn't commit. This doesn't sound particularly 'good', yet it was amidst this scandal, that the good news of Easter emerges.

It is because of this death, that we can be forgiven for all the nastiness, guilt, shame, and wilful blindness inside us.

To remove this nastiness, God required a perfect sacrifice. He set up a system which required the sacrifice of perfect animals - but this never worked to remove human guilt, shame or nastiness. This only way this could be removed, is through the sacrifice of a perfect human - to take our place. And this was what happened on Good Friday and why it is called good.

Hence the heart of the Easter message is forgiveness - that Jesus died for our sins - sin being the 'nastiness' inside. As the Bible says in one place,

In him we have redemption through his blood, the forgiveness of sins, in accordance with the riches of God’s grace (Ephesians 1:7)

In her view Gillian observed that the Christian message, this death, was the only solution to the human condition - to this nastiness inside.

The difference Easter makes to Gillian

But so what? This is a nice theory, but what difference does the Easter story of forgiveness make today?

Gillian shared the difference it made to her in a particularly difficult time in her life. She shared of how her husband had betrayed her by having a series of extra-marital affairs. Gillian shared about how she had felt so utterly betrayed and made to feel worthless.

The forgiveness she'd received in Christ also helped her raise her children in a way that they had a positive relationship with their father despite what had gone on. This is because the relationship between a child and a father needs to develop on those terms - without the 'stuff' between the mother and father getting in the way of that.

This may seem crazy, but this is a way of being fair to the children and loving them and being mindful and caring for their relationship with their own father.

The power of the Easter story is that it provides solution to our greatest problem - which is the shame, nastiness and guilt inside. This gives us the power to forgive others, even in painful and difficult situations. This is captured in another verse from the Bible,

I have been crucified with Christ and I no longer live, but Christ lives in me. The life I now live in the body, I live by faith in the Son of God, who loved me and gave himself for me. (Galatians 2:20)

When a person makes a commitment to follow Jesus, they become connected in some way with Jesus and his death. So that death 2000 years ago is no longer distant and irrelevant, but it instead animates and motivates the believer today. In one sense, the believer no longer lives, but Christ lives in them. They are transformed and changed to live the same life of forgiveness and love that Jesus demonstrated when he 'gave himself up' on the cross on that first Easter.

Therefore, rather than being irrelevant to the modern person, the Easter message, and a death 2000 years ago transforms our lives and our behaviours, so we can live with fullness, forgiveness and love.

Photo by Tima Miroshnichenko from Pexels 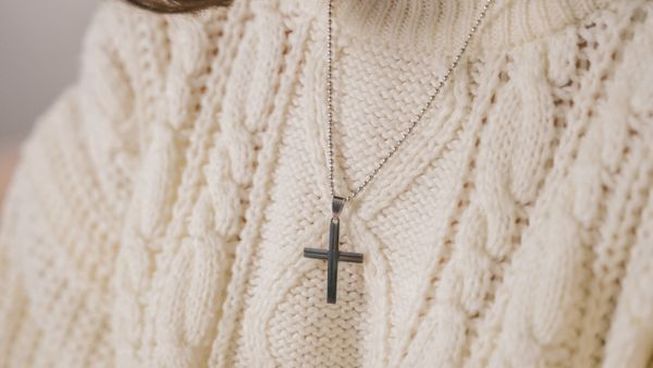 The 'content' of the Christian message is indeed powerful and can change lives and the course they take. I think the message and teaching and life of Jesus does more good than harm in many people's lives.
It also teaches some difficult lessons that are hard to stomach but seem more and more real the longer I live. Lessons such as that injustice does exist in this world, and that good deeds are not always rewarded by good results in this existence.
I think the question that stumped the readers of Old Testament wisdom literature such as Job is answered in the life of Christ and in the lives of his followers.
And I'm not even talking about the after-life in that context. I'm more talking about the fact that an innocent man being condemned for a crime - the ultimate injustice receiving the ultimate punishment - in a kind of sense gives an unusual sense of hope to victims of injustice elsewhere that their master also experienced such things and did not shirk the experience.
In terms of right and wrong and morality - I believe mathematics provides as much insight into the truth of certain rights and wrongs just as much as religion or Christianity - there is a right way of living and a wrong way of living that can be established through logic which supercedes things like the character of the deity and the instructions found in any of many religious texts. I believe that which is good, noble, true and right is encapsulated in a simple ethic of compassion and love to others and that this exists in such a way that no ethical system or religion can lay claim to its truth as the owner.

Bigger Questions
Gillian Asquith
10 Jul 2016
What is Easter about? Hear a powerful story of the difference Easter makes