Honouring the Anzacs: have we gone too far? 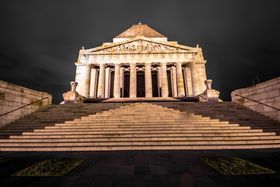 But have we gone too far?

Given the reverence and perhaps even worship of Anzac Day today, we asked Mike Raiter (international speaker and director of Centre for Biblical Preaching), some Bigger Questions concerning Anzac Day.

LISTEN to the interview here

Anzac Day: has it gone beyond merely memorial?

Interest in Anzac peaked in 2015, coinciding with the centenary of the landing at Gallipoli on 25th April 1915. There has been a massive resurgence of interest in Anzac - thousands upon thousands of people now descend upon the Anzac commemoration services.

Contemporaneous with this is the growing of the Anzac “legend” - the stories of Anzac have ‘grown in their retelling’. For example, the enduring and symbolic story of Simpson and his donkey - the quintessential Anzac story of sacrifice and bravery, Australia’s most famous soldier. Yet despite several attempts to offer Simpson the Victoria Cross posthumously, investigations revealed that he did nothing distinctively brave. The story of Simpson has been embellished and exaggerated.

Anzac Day appears to have gone beyond mere memorial because of its role in shaping modern Australian identity. Australia Day to many is no longer our national day as some feel it is a day of invasion and shame. Hence the rise of Anzac Day - where Australians proved their mettle amidst adversity. Tony Abbott said that,

‘The Gallipoli landing was in an important sense the birth of our nation’.

In popular psyche, the values that the ‘diggers’ showed at Anzac Cove reflect the values we revere in Australia, The Collingwood website describes the Anzac Day football match as a match that

“pays tribute to the sacrifice of the servicemen and women of Australia and celebrates the Anzac spirit – courage, sacrifice, endurance and mateship.”

These are the values at the heart of the Anzac spirit.

Yet perhaps even more significantly, Anzac Day has gone beyond memorial to become perhaps our national, unofficial, state religion.

This is consistent with the ‘sacralisation’ of Anzac where religious imagery and language is ascribed to it. People are tourists in Istanbul, but become pilgrims when visiting Anzac Cove. The Shrine of Remembrance claims to be ‘Holy Ground’, there are stained glass windows at the War Memorial and visiting Anzac cove is described as a spiritual experience.

Why has Anzac Day become so sacred?

Mike suggests that the sacralisation of Anzac is a way of filling the ‘God shaped hole’. Mike’s suggestion is that since we have generally dispensed with Christianity in our culture as our ‘national religion’ we have not become irreligious. Instead, as a nation we are in search of a soul and have attempted to fill that spiritual void with Anzac Day.

Is it appropriate to honour the Anzacs?

Absolutely. It is appropriate to pause, remember and reflect on the bravery and sacrifice the Diggers made for our nation. It is appropriate and right to stand for a minute’s silence. But at times the way Anzac Day is portrayed, it goes well beyond simply remembrance.

The Shrine of Remembrance has engraved on its floor a verse from the Bible: is this significant?

The Shrine of Remembrance has engraved on it’s floor:

This is a quote from the Bible, from John 15 where Jesus is speaking to his disciples before his death. He poignantly asks, what higher moral virtue is there than to give the thing that is most precious to you - your life - for those you care about?

It’s an appropriate verse to have on a memorial to describe the sacrifice of the Anzacs - for giving their lives for their friends. Indeed, there are parallels between the sacrifice of Jesus and the Anzacs, but there is a crucial difference.

What is different with the sacrifice of Jesus compared with that of the Anzacs?

Honouring the Anzacs: have we gone too far?

We should honour them, and remember their sacrifice. But by making them more than they were we dishonour their name. They didn’t claim to be perfect men, they weren’t saviours of the world - they were ordinary men and women who gave their lives for their country.

So on Anzac Day, let’s pause and remember, but turn to the true God to find all he has for us in Jesus Christ. The one who paid the ultimate sacrifice for his enemies, people like you and me to set us free from bondage to sin, evil and death and to give us eternal life. That’s something worth remembering every day of the year! 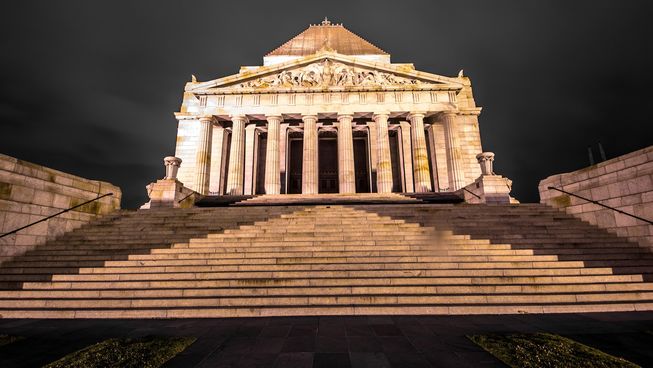 Ep 50: Honouring the Anzacs: have we gone too far?