Can we live by science alone? A word for Richard Dawkins 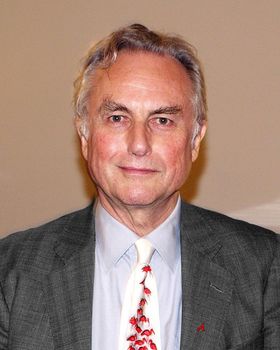 "When it comes to facts and explanations of facts, science is the only game in town"

Our guest for the latest Logos Live podcast, Rev. Dr. Chris Mulherin (Executive officer of ISCAST - Christians in science), reflected on this statement. There are some, like Professor Dawkins, and philosopher Daniel Dennett, who claim that science is the only game in town when it comes to facts and explanations of facts.

Yet Chris outlined that this statement is clearly false - science is not the only game in town when it comes to explanations of facts. Firstly, the statement is self-refuting - i.e. the statement "When it comes to facts and explanations of facts, science is the only game in town" is not actually a scientific statement. Then secondly, science doesn't give answers to what humans call the most important questions of life. These are questions of meaning and purpose.

This does not mean that science is useless - quite the contrary, science is brilliant at giving us answers about mechanisms and particles. Science is exciting, science reveals truth about the world we live in, but it has areas of expertise - it has limits. Science does not tell us whether love matters, it doesn't tell us about morality, purpose or meaning.

In A Devil's Chaplain Dawkins advocates the scientific method as a good and reliable way of knowing what is true in the world. i.e. a prediction which can be tested. Yet this fails when it comes to 'testing' if it is true and right to torture three year old girls. We could work out a hypothesis and a prediction that will prove that, but that's not how morality works. We don't need to conduct an experiment to demonstrate that this is wrong.

What words do you have for Professor Dawkins? Can we live by science alone?

It has been 10 years since the publication of Richard Dawkins' bestseller The God Delusion. The book has sold over 3 million copies and Richard Dawkins has become one of the most influential atheists in our world today. Professor Richard Dawkins was invited to the recording, but he was unable to attend because of health reasons. So we asked Chris Mulherin what he would say to Professor Dawkins if he had a private word.

Well, if I had a private word with Professor Dawkins I would ask him why he's so angry at religious people; I would tease him out a little bit. Because I suspect I would probably agree with a lot of the things he thinks about the evils of religion, or the importance of his relationship with his daughter.

Ah, the limits of science - The Bourne Legacy

I know, I know, quoting movies is not an argument, but I do love this scene in the Bourne Legacy in which the scientist Dr Marta Shearing (Rachel Weisz) actually meets Aaron Cross  (Jeremy Renner) as a person, who was previously only known to her as '5'.

The key lines are in italics:

Dr. Marta Shearing: Oh, God! Look, I was there for the science. We were all there for…for science! And I know you don’t care, but I made a huge sacrifice. I couldn’t publish, I couldn’t conference, I couldn’t tell a single person what it was I did! But I thought I was…I thought I was helping my country and I know that…

Ep 45: Can we live by science alone? A word for Richard Dawkins

Bigger Questions
Chris Mulherin
26 Jun 2016
Is science the "only game in town" when it comes to working out what's true?

Bigger Questions
Rodney Holder
19 Jul 2015
What happened in the beginning?

Ep 22: The heaven's declare - a scientist reflects on God

Bigger Questions
Ruth Bancewicz
5 Jul 2015
Do scientists look up at the skies and see the glory of God, or just another scientific puzzle that needs solving?